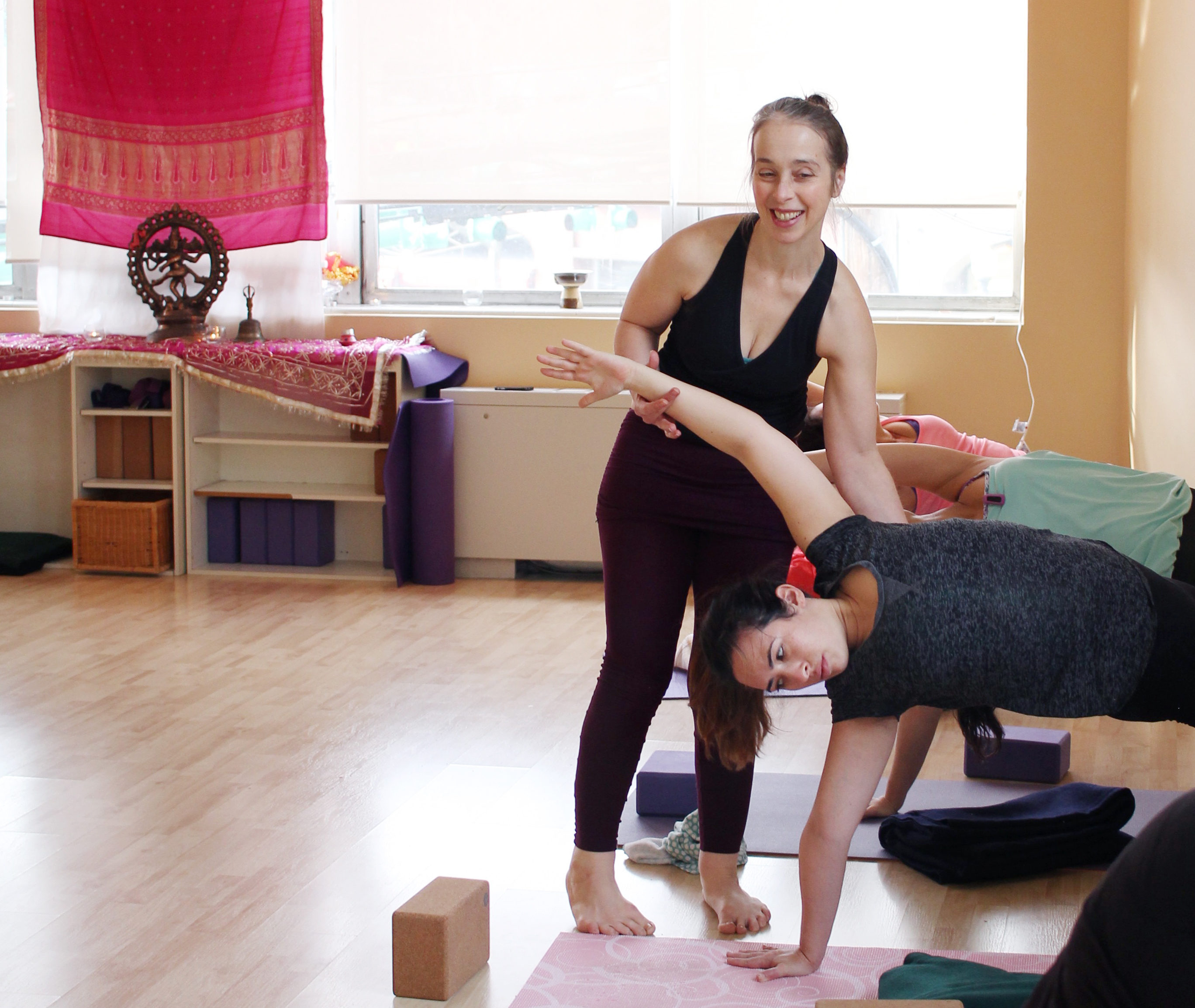 Char grew up surrounded by the gorgeous farmlands of Ontario, in the village of Prince Albert where both her mother and grandmother grew up. After graduating from Queen’s University (BA, Drama), Char moved to NYC in 1991 to attend the highly selective Circle-in-the-Square Theatre School. Through her work with movement teachers Mina and Moni Yakim, Char discovered how meditative and calming moving with the breath can be, and how non-actors might benefit from this practice. After meeting Ravi and beginning a regular yoga practice at LaMaMa LaGalleria, Char was inspired to become a certified teacher through Integral Yoga Institute in NYC, and began teaching in yoga studios, ashrams, corporations throughout Manhattan.

In 2002, Char received extensive teacher training with Peter Rizzo of Bhava Yoga formerly of the East Village and known for its eloquent sequencing and fantastic adjustments. Char and Ravi’s articles on yoga have been published in Yoga Journal, Shape, and American Fitness. She feels blessed from the continual support of the community and offers a heartfelt thanks! She would also like to acknowledge Ravi, whose expertise, teaching, and all-round humble good-naturedness is an integral part of Yoga Station.

I know how much courage it takes to walk into that first class, for the first time.

I remember my first yoga class. It was June 6th, 1993 on First Street between 2nd and Bowery at La MaMa La Galleria on Manhattan’s Lower East Side. I had been invited to take a yoga class from one of the guys who used to come regularly to the coffee shop I worked at downtown while going to school. I had never taken a yoga class before. What to wear? What to bring? What to expect? I had no idea, but was stressed enough to say yes.

More than 25 years later, here we are: me, Ravi, and half a dozen talented and dedicated teachers, helping our community feel free in their bodies, one breath at a time.

I’ve been teaching yoga since 1995 in studios, wellness centers and gyms all over Downtown Manhattan. When I moved to the suburbs, I started teaching in my attic to offer vinyasa yoga not available anywhere else. In a few years, our community outgrew the attic and I opened up Yoga Station in downtown Hartsdale in 2011, right in the middle of the Great Recession. Through the support of our community, we have grown to serve central Westchester as a reliable source of solid yoga instruction. Besides teaching, I have written articles pertaining to yoga and the industry for Yoga Journal, Shape, American Fitness, as well as local publications in the tri-state area.

As your neighborhood studio, we have the luxury of getting to know our students well. At Yoga Station, we believe in the power of a steady yoga practice to strengthen the body, quiet the mind, and open the heart.

Scroll back to top